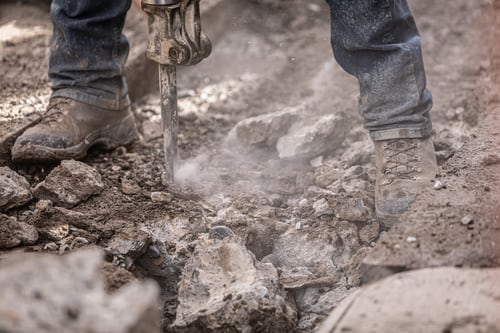 Some of the best advice I was ever given at how to become more successful at vulnerability discovery is to always try and dig a little deeper. Whether you are a penetration tester, red teamer, or bug bounty hunter, this advice has always proven true.  Far too often it is easy to become reliant on the latest “hacker” toolsets and other peoples exploits or research. When those fail, we often just move on to the next low hanging fruit rather than digging in.

On a recent assessment, I was performing my usual network recon and came across the following webpage while reviewing the website screenshots I had taken. 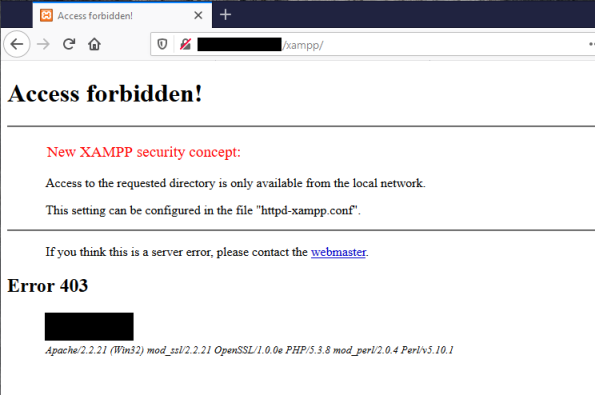 The page displayed a list of significantly outdated software that was running behind this webserver. Having installed XAMPP before, I was also familiar with the very manual and tedious process of updating each of the embedded services that are bundled with it. My first step was to try and enumerate any web applications that were being hosted on the webserver. Right now my tool of choice is dirsearch, mainly just because I’ve gotten used to its syntax and haven’t found a need to find something better.

After having zero success enumerating any endpoints on the webserver, I decided to setup my own XAMPP installation mirroring the target system. The download page for XAMPP can be found here. It has versions dating all the way back to 2003. From the 403 error page we can piece together what we need to download the right version of XAMPP. We know it’s a Windows install (Win32). If we lookup the release date for the listed PHP version we can see it was released in 2011. 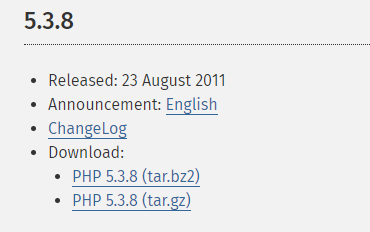 Based on the release date we can reliably narrow it down to a couple of candidate XAMPP  installations.

After installing the software, I navigated to the apache configuration file directory to see what files were being served by default. The default configuration is pretty standard with the root directory being served out of C:\xampp\htdocs. What grabbed my attention was the “supplemental configurations” that were included at the bottom of the file. 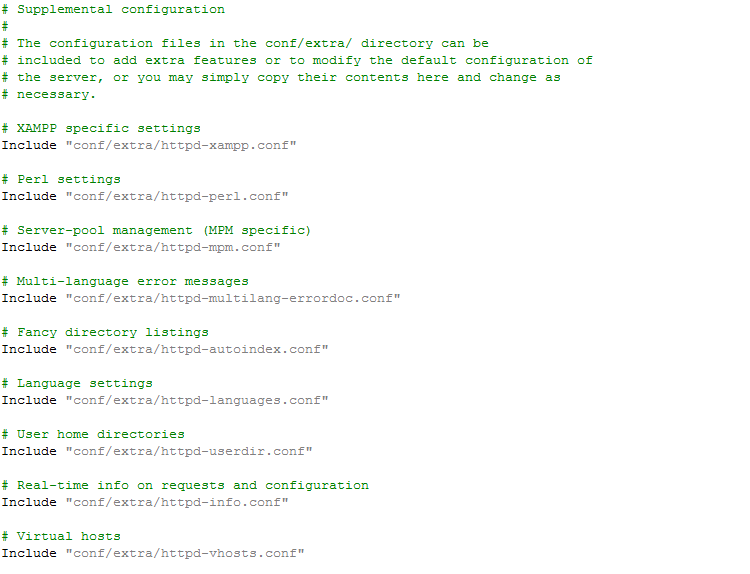 The main thing to pay attention to in these configuration files is the lines that start with ScriptAlias as they map a directory on disk to one reachable from the web server. There are only two that show up. /cgi-bin/ and /php-cgi/. What is this php-cgi.exe? This seems awful interesting… 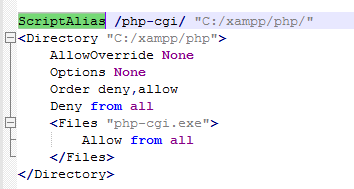 After a few searches on google, it seems the php-cgi binary has the ability to execute php code directly. I stumbled across an exploit that lists the version of the target as vulnerable, but it is targeting Linux instead of Windows. Since php is cross platform I can only assume the Windows version is also affected. The exploit also identifies the vulnerability as CVE-2012-1823.

Did I hit the jackpot??? Did XAMPP slide under the radar as being affected by this bug when it was disclosed? With this CVE in hand, I googled a little bit more and found an article by Praetorian that mentions the same php-cgi binary and conveniently includes a Metasploit module for exploiting it. Loading it up into metasploit, I changed the TARGETURI to /php-cgi/php-cgi.exe and let it fly. To my surprise, remote code execution as SYSTEM.

Bugs like this remind me to always keep an eye out for frameworks and software packages that are collections of other software libraries and services. XAMPP is a prime example because it has no built-in update mechanism and requires manual updates. Hopefully examples like this will help encourage others to always dig a little deeper on interesting targets.